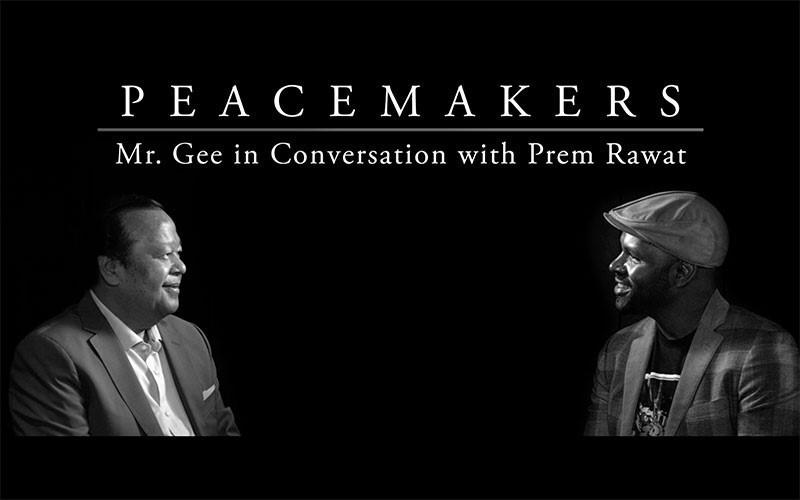 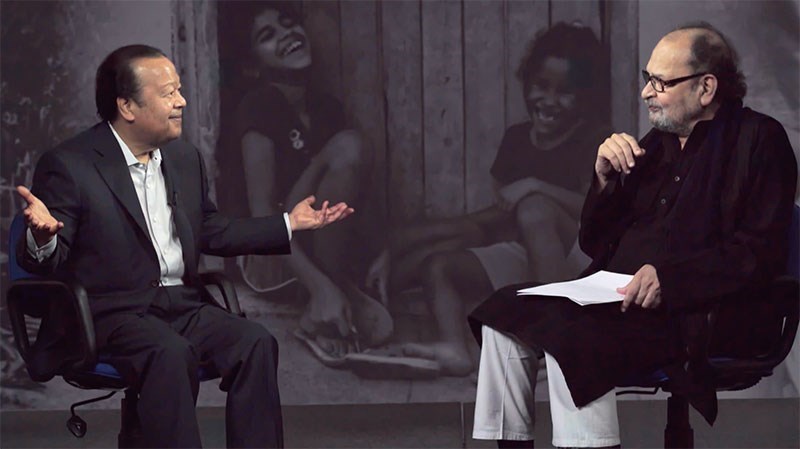 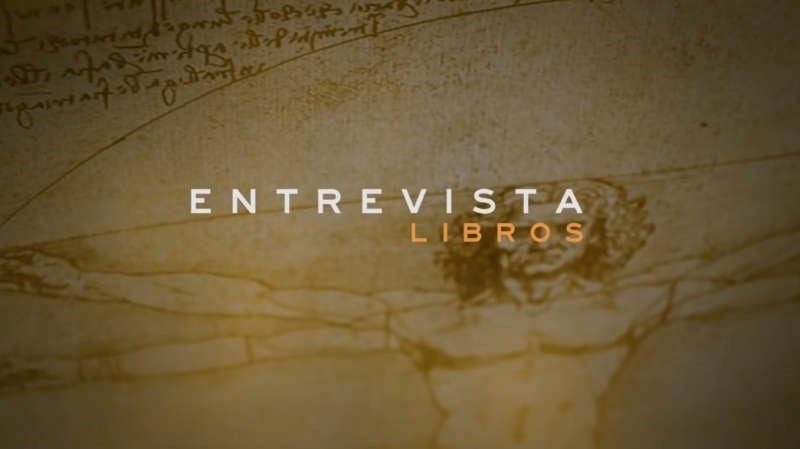 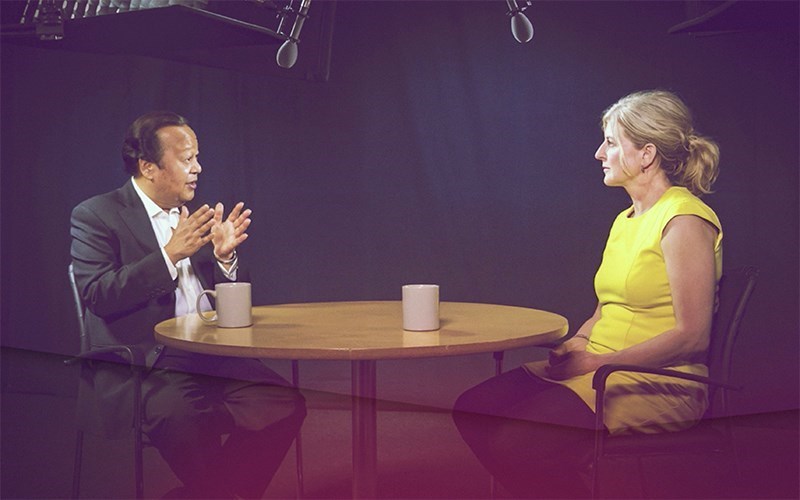 So, Mr. Prem Rawat, I’m doing this language laboratory program in the Danish radio. It’s a weekly magazine where my main focus is to try and discover how language can change people and how we can change ourselves and our surroundings through language.

I mean, in this world today, there are obviously those people who believe in peace and who want peace to be there. When you look at all these wars going on, it is the innocent victims who had nothing to do with making those decisions, who are getting punished. And if they could say something, what would that be?

Concerning the “voice of peace,” and the “language of peace” that we’ve been weaving around here, you’ve been traveling through so many countries and visiting so many cultures—you’ve got them under your skin. Are there any languages or any cultures in the world that you would say have peace as their core foundation?

I think all of them do. The idea of peace, the feeling of peace, the need for peace, the want for peace has been there with us all along. The better half of a human being is peace. And I think that all cultures do give rise to that—you know, do give credence to that.

“Shalom! Salaam!” Peace! To greet a person by saying, “Peace. May peace be with you.” And this is coming from some of the regions that have been fighting with each other for such a long time! And yet, the first word uttered to greet another human being is “peace.”

I think we want peace, you know? But that voice is so dim now, overshadowed by the noise of greed and arrogance and anger and fear... I mean, so many politicians, they use fear! Fear—“But you don’t do this, then this will happen. And, don’t you, you know, and”—fear!

When I listen to you, I also think sometimes that there’s a heavy load on each individual—the force or the need to change and transform into a better environmentalist, into a more peaceful person, and to be talking in a more peaceful language.

So, how much of the peace and prosperity and of our survival in this world is based on the individual changing and transforming—and how much on systems changing and performing?

That’s a really, really good question. Because, when you were asking that, I was just thinking in my own head, “Is ‘being green’ normal, natural, real? Or is it something that we have to change for?”

So, when you start to look at, “That yes, this takes effort”—but it’s only because we have already deviated. And this exercise is not about deviating further, but it’s coming back to where you should be, being human. That’s being human.

And I think that having generosity, having clarity, having kindness, having good choices is normal. And where we are, where it’s anger, it’s fear, it’s, “Destroy nature, capture nature, arrest nature, tame nature,” I think that’s deviated. Because you can work with nature—and she will work with you. Or you can be saying, “I want to tame you”—and she will tame you.

That change that really needs to happen is about understanding who we are—not looking at our differences, but our similarities. And, that in fact, if we all came together—not everyone has to come together—enough of us have to come together—it is, you know, the mass.

But those who need that voice don’t have it! Because they are like, “No, don’t say anything.” And I think everybody needs to come together and say, “No, say it. Say it.” Say you are alive; say you are here; say you want heaven here—and I think amazing things will happen.

It’s been a pleasure. 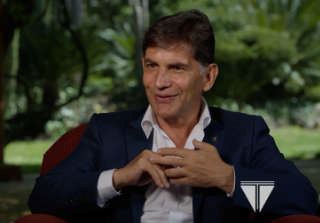 Please select the option below that you used to create your account.